This was going to be the year – the year I was planning to turn away from watching so much football. It had been my favorite spectator sport for years, but my interest had begun to wane. Several factors were responsible for my declining interest:

And so, I intended to devote many less hours to watching football in 2016 and devote more time to writing or a number of other worthwhile and productive activities. I purchased no tickets for Georgia Tech games. And then, a series of events occurred:

The Atlanta Falcons are playing in the Super Bowl!!!!! 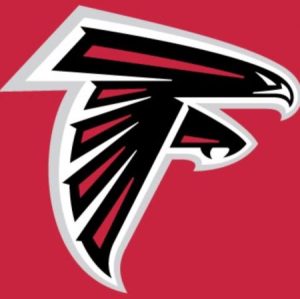 So fly high, Matty Ice and Julio Jones! (my favorite former Alabama player) Rise up, you Dirty Birds. Take it to those lying, cheating, ball-deflating New England Patriots. The hopes of my championship-starved home state of Georgia rest on your mighty shoulders.

As far as those other issues I raised earlier, I heard this week that concussions are down 11% in the NFL this year. So there’s that!

(Note: For quick access to my five most recent posts or archives of older posts, <Click Here>.To receive future posts by email notification, subscribe from that page by clicking “Follow” and submitting your email address.)