“Now there were dwelling in Jerusalem Jews, devout men from every nation under heaven. And at this sound the multitude came together, and they were bewildered, because each one was hearing them speak in his own language.” (Acts 2:5-6 ESV) 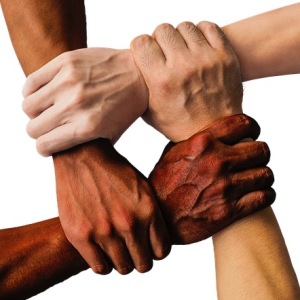 The words from the pulpit pierced my heart as the pastor challenged us to look around the congregation and notice that the crowd we formed that morning was likely the most “racially homogenous group” we routinely gather with in any given week.

While that might have been a bit of an overstatement, the message was clear. It was also very timely, coming just a week before the start of Black History Month in our nation.

Our text included the verses from Acts that head this post. When the promised Holy Spirit fell that fateful day of Pentecost, the impact was explosive. After Peter’s powerful message, three thousand souls were added to the one hundred and twenty believers that had remained together after Christ’s ascension. In the immediate aftermath of that event, Luke says “And the Lord added to their number day by day those who were being saved.” (Acts 2:47 ESV)

The Bible describes another day when the diversity of a gathering of worshipers is emphasized. It occurs in Revelation chapter 7 where John describes “a great multitude that no one could number, from every nation, from all tribes and peoples and languages, standing before the throne and before the Lamb … and crying out with a loud voice, ‘Salvation belongs to our God, who sits on the throne, and to the Lamb!’” (Revelation 7:9-10 ESV)

We live in between these two church gatherings featured so prominently in the Scriptures. As I reflect upon the pastor’s convicting words that morning, many thoughts and questions surface in my mind:

While racial diversity can be a sensitive topic, it is a conversation that those of us within the Body of Christ, who have been given a ministry of reconciliation, (2 Corinthians 5:18) should be having as we move closer to that day John speaks of in Revelation 7. Whenever I visit churches where racial diversity is more the norm, inevitably I come away encouraged, anticipating the day when all our differences will disappear in the light of our Savior’s presence.

Clearly, I have presented more questions than answers here. But then reflecting on the questions, whether we can find honest answers or not, is not a wasted exercise. It fosters introspection, helps reveal who we are, and more importantly, who God desires us to become. Scripture is divinely inspired and designed to accomplish that very purpose.

And I might add, I’m not the man I’m going to be as he who began a good work in me brings it to completion at the day of Jesus Christ. (Philippians 1:6)

“And we all, who with unveiled faces contemplate the Lord’s glory, are being transformed into his image with ever-increasing glory, which comes from the Lord, who is the Spirit.” (2 Corinthians 3:18 NIV)

(Note: For quick access to my five most recent posts or archives of older posts, <Click Here>.To receive future posts by email notification, subscribe from that page by clicking “Follow” and submitting your email address.)